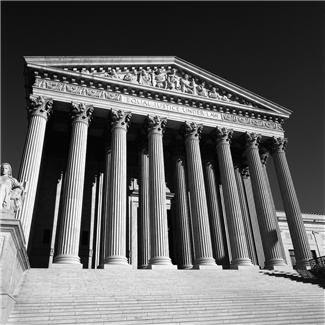 It’s the court case
of the century, of the millennium.
Standing tall, he addresses the jury, calling out to them as
impartial silent witnesses.
It’s a three-part conversation, playing out on a grand scale.
God speaks first.
The witnesses he appeals to are the strong silent type: stalwart,
of few words, fly-on-the-walls–types for centuries.
“Hear, o mountains,
the Lord’s accusation; listen, you everlasting foundations of the earth. For
the Lord has a case against his people; he is lodging a charge against Israel.”
The Creator builds his case, bringing out Exhibit A.
“My people, what have
I done to you? How have I burdened you? Answer me.
I brought you up out
of Egypt and redeemed you from the land of slavery. I sent Moses to lead you,
also Aaron and Miriam.”
Exhibit B.
“My people, remember
what Balak king of Moab counseled and what Balaam son of Beor answered.”
Exhibit C.
“Remember your journey
from Shittim to Gilgal…”
In a quick climax, he ends his case with the clinching
phrase: “…that you may know the righteous
acts of the Lord.”
As a lover of history and cultures, this section of ancient Micah
had me flipping back in my Bible to read up on Moses and the Exodus (circa 1446
BC) and Balak and Balaam’s conversations (“I can only bless Israel, no matter
how much you pay me otherwise,” the mercenary mouth-for-hire Balaam finally
realized and told the enemy king).
In this court case we’re
eavesdropping into, God was angry at his people. Study notes say that the nation had become extremely corrupt, judges
were accepting bribes, and the elite were preying on widows, orphans, and the
poor.
The nation of Israel is the second party to speak in this
panoramic court case.
They wonder aloud what God wants from them to fix this, and they
start to write big checks and make large promises. Like defendants at arraignment,
they calculate how much this is going to cost them before they can get back to
real life. Heart changes aren’t happening, though, and a third voice enters the
conversation.
Stepping up between prosecutor and the gum-chewing,
nonchalant defendants, the small-town prophet Micah interjects.
“He has shown you, o
man, what is good.
And what does the Lord
require of you?
To act justly, and to
love mercy,
And to walk humbly
with your God.”
These verses have been on mind this week. It intrigues me that God sees history in such
panoramic chunks and expects me, and his people, to step back and look for his
actions. Step back and see, Jen. What does the last seven hundred years show
you about who I am? I pause and wrinkle my forehead, thinking…
So my God tells me to
look back over history, see his acts, and notice that his hands are clean,
pure, righteous — “that you may know the
righteous acts of the Lord.”
And what does he want from me? To make sure that my obedience,
church involvement, money, and serving isn’t just going through the motions, or
trying to look moral and proper.
He wants my hands to
be involved in acts of justice; my heart to feel
and bleed mercy, not just perform it; and this all should leave me in a humble
relationship with him, not full of pride.
It’s my court case now and I’m on the stand…
…but he wields his
case with affection in his eyes as he gently – in unconditional love– says, “How
are you doing at this today, my girl?”
Photo credit