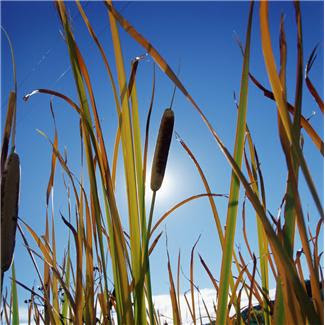 A cloud of caramel-colored cattail fluff flew towards me. Waving his cattail sword gleefully against the red slide and grey drawbridge, Daniel laughed as each swat emitted another fairy-tale cloud of fluff. It clung to his navy and red-striped pants, and tickled his neck near the blue hoodie. Wrinkling my nose unconsciously at the tiny fibers brushing past my nose, I didn’t even try to avoid the stream of air-borne particles glinting in the sunlight.
The air smelled damp and earthy after yesterday’s rain which had melted the snow back to small resistant patches. We’ve had several days of sixty degree weather and forecasters have predicted a week of low seventies actually. All of Minnesota is giddy. Accustomed to slush in March and possible snow in April, this weather has bewitched us. Trees tentatively bud, daffodils stand tall against all dire warnings, and Minnesotans of all ages put on shorts, grab running shoes or strollers, and head outside.
Lying on a damp park bench and taking deep breaths of the spring air, I lazily watched my preschooler explore the woods beside me.  Chickadees, cardinals, blue jays, and red-winged blackbirds called. Robins chattered and warned of passers-by. With blue skies and sunshine, it is so much easier to count God’s gifts. They roll off the tongue with each new bird I identify and breath of spring.
But the hard gifts? Those are harder to name and count, especially when they happen to those close to me. Three of my friends wrestle with cancer. One friend marks a year since her tiny three year old has battled cancer, lost strawberry-blonde hair, and bravely taken toxins via a port. Two other friends have just made Cancer’s acquaintance, and already he demanded heavy fees. Surgery sliced the chest. Femininity isn’t dependent on that. Chemotherapy stole another’s red locks.  I read, and prayed and wept. 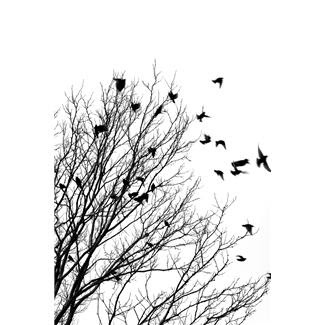 On the park bench dampness was seeping into my jeans now. The sun had moved slightly, and preschooler explored further in the woods. Life and death lay entwined beneath him, old grasses, bare trees, and twisted brambles that scratched his tiny hands as he climbed doggedly over fallen trunks.
This week a dear friend gave birth to a beautiful baby with a head of hair! This lovely baby stares steadily out at us all from her photos, amazingly alert, and already planning adventures. We rejoice and delight in each photo.
In my Bible this morning I read the NIV study note’s introduction to Lamentations. One scholar said: In the middle of the book, the theology of Lamentations reaches its apex as it focuses on the goodness of God. He is the Lord of hope, of love, of faithfulness, of salvation. In spite of all evidence to the contrary, “his compassions never fail. They are new every morning; great is your faithfulness.” (Lam.3:22,23)
What is amazing to me today about this well-known verse and song lyric is noticing where this verse is said, and when.
The ancient city of Jerusalem had been besieged, destroyed, and burned. Most of its peoples had been carried off to a foreign land that was over 543 miles away. Only the weak or the very old were still left in the city. Famine had been horrendous and people had eaten the unimaginable.
In between weeping and grieving for their families, cities, and home, the survivors and remnant said: “Because of the Lord’s great love, we are not consumed…for his compassions never fail. They are new every morning; great is your faithfulness.”
Over 543 miles from home, surrounded by a new language, grieving the life they thought they would be living, they say, “his mercies are new every morning; great is his faithfulness.”  I have so much to learn.
Life and death interwoven. Toxins, toddlers, and floating caramel-colored cattail tufts, glinting in the sun. Climbing doggedly over fallen trunks and scratched by brambles, Daniel emerged from the tangled undergrowth. Holding hands, we ambled home, counting gifts, and breathing deeply.