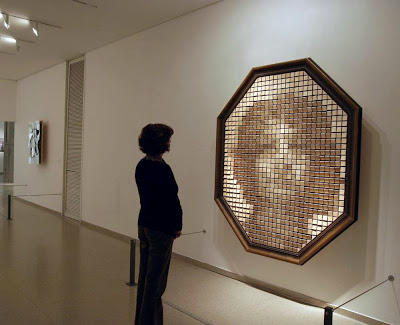 What’s in the Way of Your Beauty?

It wasn’t so much that I saw beauty then, but I was clearing the way for it.

That’s the way, isn’t it? I sat cross-legged in the chilly grass and dug my hands into the matted brown weeds. Several grass heads slid easily into my hands, but the roots remained firmly in place.

The flower bed had been stunning this spring. Crimson, magenta, and lemony tulips bobbed in the breeze, and a few clumsy dopple-headed violet aliums stood high in the back. Throughout the summer, the spring bulbs browned and withered, but white shasta daisies and purple coral bells frilled in their place. Since September, though, — late-August really– my husband had noticed that it was mostly the weeds that stood tall now.

“Um, Jen, we’ve been mowing around your weed bed lately,” he laughed wryly. “Can you fix that?”

I meant to, and even pulled out the largest, most prominent weeds, but I didn’t have time to tackle the dirt itself. It sat, and the bed grew tangled. September and October were busy until this last week. Other projects grabbed my energy and focus, and the flower bed fell to my October To-Do list.

“Right after the retreats,” I told myself.

Yesterday was the day. I grabbed my shovel, hoe and trowel, and headed outside. Up close, the matted bed was worse than I remembered. Tiny roots had grown large, snaking deep around healthy plants, dwarfing them, and stealing their nutrients. The weeds were thick and well-established. My hands alone weren’t enough to pry them out. Grabbing my pitchfork, I sank my weight into the ground, getting deep into the soil, where the roots clung the hardest.

So often, our inner lives can sink into disarray too, huh? Putting off the heavy tasks of processing, working through, and getting to the deep roots of an issue or sin, we can simply focus on the most pressing tasks at hand. Saying “I’ll think about that later,” or “I’ll tackle that issue when life gets calmer,” we instead allow some weeds to gain strong footings, sinking roots deep.

With cold weary hands in the dirt yesterday, the irony was not lost on me either, and I tugged fiercely at spindly brown plants while asking God to tug out the ugly in me too. We both worked hard.

My front flower bed? The soil is now soft, ready. The weeds are gone. Current purple coral bells once again have unhindered room to develop, and space is cleared for new growth. Check back next spring, will you? There is life hiding right under the surface.


It wasn’t so much that I saw beauty then, but I was clearing the way for it.