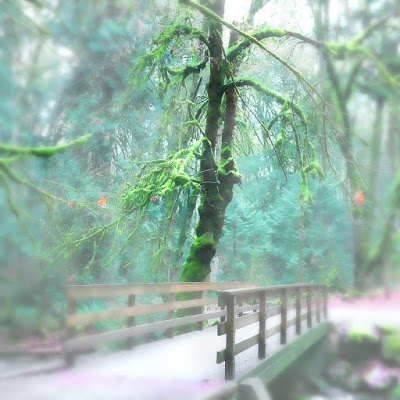 The Woman in the Woods

Like an M. Night Shyamalan film, the title emerges: The Woman in the Woods.

At her wooden desk layered with papers and folders, Morgan studies criss-crossed characters of Mandarin Chinese. In isolated pieces called radicals, she sees the term for female, and other radicals multiply to take one tree to multiple trees. A female in the forest, the girl in the trees, the woman in the woods — and the pictures are clear. The intriguing part, however, is that those are the radicals for the word avarice or greed.

This is Morgan’s first assignment for her college Mandarin Chinese class: tackle two Chinese words by studying the interwoven intricate word pictures formed by radicals. And the beauty of an ancient script from hundreds of years ago brings new meaning to seemingly-simple words.

Her first word boat depicted an eight-mouth (i.e. eight person) floating vessel. Morgan’s professor gave the students a clue, pointing to an even older ancient text, the biblical book of Genesis. Where in ancient history and oral accounts do we first hear of a boat? How many people were on-board? Verses about Noah and his wife, their three sons and their wives, waver into mind’s eye. Boat equals an eight-person vessel. Hidden deep within Chinese characters? Wow.

Finishing up her homework, now at word two, Morgan dissects radicals and wonders about a woman among the trees. How does that show an insatiable greed, a hunger for more, and a dissatisfaction for what she has? A woman among the trees, dissatisfied and wanting more, is the symbol in Chinese for avarice/greed. The realization suddenly jolts into place for me. (The professor’s hint of Genesis helps too).

Word origins from early time point to a gnawing lie that rumbles hungry in all of us some days. It’s not just for an ancient civilization woman in the trees, but for any man or woman in suburban homes, on city streets, at coffee shop counters. Whenever we stop seeing all the good gifts around us and start wondering if God is holding out on us, we’re in peril of a dangerous greed.

Because the thing is: Eve was surrounded by a lavish, lush garden of delights. She had access to all the trees –thousands of them– except one.

I’ve been struck all week by this ancient image captured in Hebrew accounts and in Chinese characters. I’m training myself to see and remember all the good things in my life, because we can so easily become the woman in the woods.

If you’re not receiving my posts by email, welcome. Simply enter your email address in the box under my bio in the top right of the page. Don’t miss a post and be part of any special invitations too!