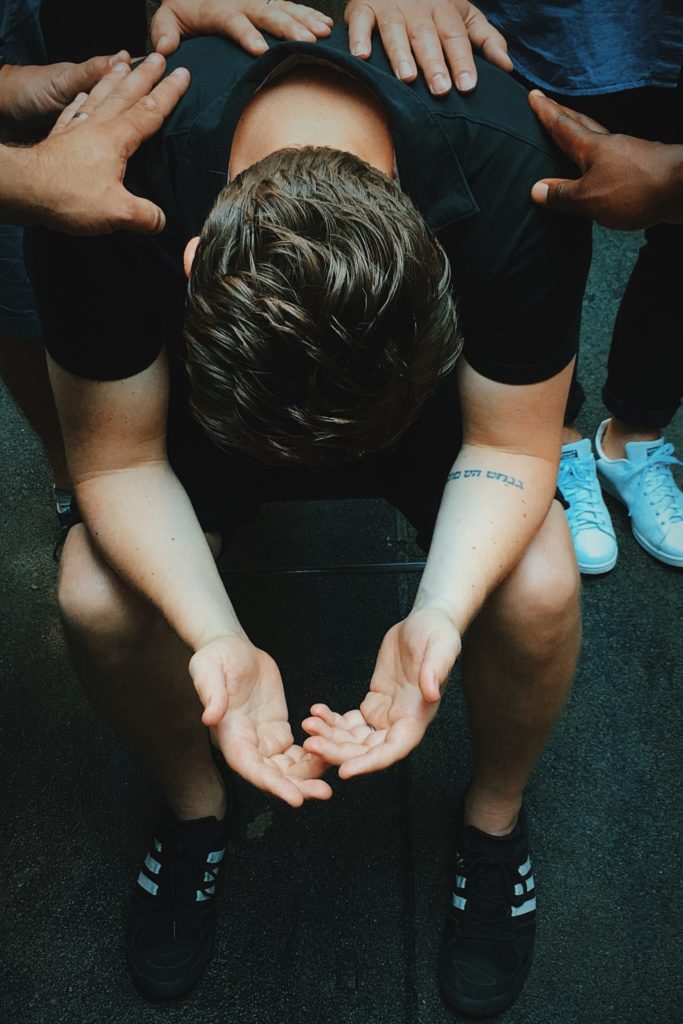 (The photo above is not of my son, but the prayer concept looks similar. Photo Credit: J. Tyson, Unsplash Media)

So many of us were crowding around John that the fingers of my right hand could barely touch his back and right shoulder. People pressed in close on all sides as our youth group students and leaders surrounded twenty-seven year old John, reaching out to put a hand on his shoulders, back, or head in an ancient practice of prayer.

John, one of their dearly-loved youth leaders and friend, had just announced a job change. Offered a full-time Youth Pastor job in a city half an hour away, John was honored and thankful, yet sad to leave his home church where he had grown up and now worked part-time.

My husband Mark started praying aloud first, his brown-haired face a profile of our son John. His voice husky, Mark thanked God for John, and my breath caught. My fingers flexed and brushed against my eldest son’s back. Joy coursed through me at the treasure of being here in a crowd that held not only my husband as the Associate and Youth Pastor, and my now being-commissioned eldest son John, off to go lead his own youth group, but also my twenty-three old daughter Morgan, a newer youth leader here with us, and my almost-fourteen year old son Daniel, a student in our youth program. We were surrounded too by students we loved and had been watching grow up for years. Wonderful youth leaders Parker and Angel stood nearby, 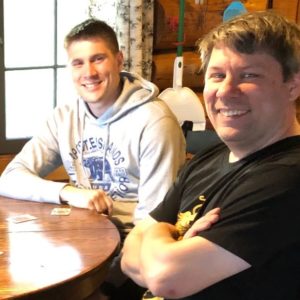 Parker’s voice now a rumbling heart-felt prayer to my left.

Bare feet on carpeted stage grounded me, and I took a deep breath. Joy, pride, and thankfulness trilled down my spine, and yet I ached at the missing too of this amazing chapter ending. For almost two years, Mark and I had had the joy of working side by side in church ministry with John. Side by side on staff, John and Mark had been compatriots and colleagues, their desks not far from each other. And, for an even longer time, the three–and then four when Morgan recently joined– of us had been volunteering together in youth ministry, and it had been an utter delight to serve and love teens together.

Some of our teens’ voices cut into my thoughts and I heard it in their voices: the happiness they wished him on this next chapter but the sad missing too, and my stomach hurt for our teens. They loved John deeply.

“God, comfort our teens as they miss him,” I breathed a silent prayer.

I heard some sniffles and added my prayer once there was a lull. I spoke aloud the mixed emotions we were feeling, wanting to free our teens to know they could feel both. It was okay to feel sad at John’s leaving, even in the midst of congratulating and wishing him well. Our teens prayed blessings on John’s next church and on faceless students they didn’t know. They prayed for the community around that church and prayed for more teens to join that youth group too, asking God to work through John in neat ways.

People shuffled, hot and self-conscious, being massed this close together. The prayer time ended. A few people laughed. We quickly moved back a little, grateful for space and cooler air, and yet the moment had been powerful, intimate. People cleared throats, laughed a little, and hugged.

My son’s shoulders had risen and twitched slightly at times during the prayer as emotions rippled through him. I had squeezed the tiny portion of his shoulder that I could feel and kept praying.

“There’s cake downstairs,” Mark yelled after the prayer time and the teens cheered and raced out of the room. I scrambled to get there before them and chose a long knife to cut the cakes. Two quarter sheet cakes spelled messages in red and green buttercream frosting. Words that summed up our emotions: “Congratulations, John!” and “We’ll miss you.”

Before the prayer, before the cake, John and Mark had stood side by side on stage, announcing the news, and I had tried to capture the moment, my phone snapping a picture too late when Mark moved and the men were no longer symmetrical, the moment lost, but it was captured in my mind. The two men’s faces similar in their brown-hair, dark eyebrows, and cheekbones. John had spoken for a couple moments then, trying to put into words his emotions, both joy and thankfulness and yet the sorrow of saying goodbye to the people in his home-church. 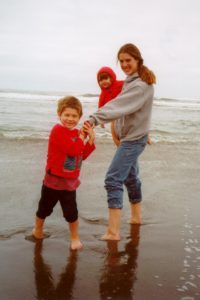 And my mind flashed back to when we had first arrived at this church twenty-five years earlier. John had been two years old, almost three. His same dark hair had been longer then, with natural caramel highlights. Not long into being the new Youth Pastor’s son here, John had reached his curious young fingers up and pulled the red fire alarm lever on the wall, not knowing what would happen next. Loud sirens startled him and he had run to me, both of us surprised, embarrassed, and a little afraid. Noise and activity spread throughout the entire two-level building and people came running.

Firefighters soon trooped through the building and I explained, pink-faced, and they laughed.

“Happens all the time,” they said. They reset the pin on the red-levered alarm and knelt down to smile at John. “No problem, bud.”

I see it now, that red-levered fire alarm, as Mark and I close up the church after youth group tonight. Darkness falls on the church parking lot, a few cars still idling there.

John is up on the hill, talking with a few seniors, holding a cardboard box of some food items he wants to bring home.

Mark and I wave, say a few last goodbyes for the night, and drive away in the hot blue summer heat.

Ring that bell in your next church, my son! May the noise and activity pulse. May God bring people running –not to you, but to Him in you, and to the life and talents he’s put in you. I am cheering you on, my brown-haired son. 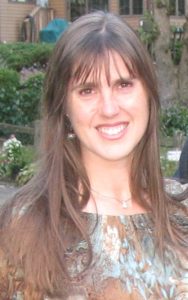 If you are not receiving my posts by email yet, welcome! Simply enter your email address at the bottom of any website page. Be part of any special invitations and don’t miss a post!