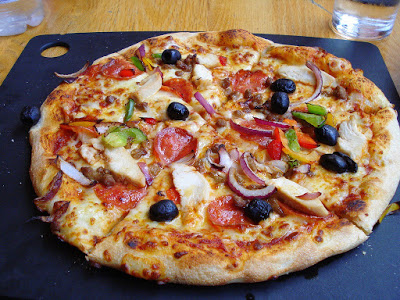 An Apology to my Twenty- and Thirty-Year Old Friends

They said it over half-price appetizers, and the taste of it went all salty in my mouth.

They spoke of feeling less than, less equal, less valuable, and pushed aside as women in the church.

I dipped my bread into white rice soup and asked questions and listened.

My friends in their twenties and thirties answered. They spoke of disappointment in the church and of not feeling the freedom to ask penetrating questions of life, theology, current events, and hot topics.

An older friend at the table beside me who loves these younger friends as fiercely as I do nodded her head, and we listened and apologized for the times when our generation had gotten it wrong, or explained it poorly to them.

Girls, Jesus doesn’t see women as less than. He made you strong, beautiful, compassionate, and independent. He calls you masterpieces, works of art, and he placed skills, talents, and gifts inside you on purpose to use. Wherever Jesus went in the Bible he broke stereotypes and was revolutionary, elevating women’s statuses in that culture.

In New Testament Bible times, women weren’t seen as reliable witnesses and their word didn’t count as fully as a man’s. Yet, where did Jesus first appear after his death and resurrection? To women. He saw them as valuable, reliable, equal witnesses.

In New Testament writings by Paul, Timothy, and others, women are constantly credited, named and publicly thanked throughout the ancient letters. The women were invaluable in the ministries, working alongside the male believers and even helping to finance things.

My voice trailed off, and I returned to listening for a bit.

We talked for hours, laughing, tearing up, sharing deep heart things, and loving each moment of it. These women teach me about life and relationships, and they love the people in their lives with a fierce, self-sacrificing love that humbles and floors me.

At the end of one conversation, it hits me, and all credit goes to my peer. She said it and the words have split me through each time.

“Jesus doesn’t respond how we think he will. Jesus doesn’t treat us like other God-followers do, or have done.”

In looking at the Bible account of the woman who had been hemorrhaging for twelve years, we see a women who is desperate, broke, and considered unclean, shut out from the community and the church by her quarantine status, accustomed to being shunned and set aside. Alone, miserable and desperate, she approaches Jesus and touches his robe. She is hoping for an invisible healing in the crowd because if anyone recognizes her as a bleeding woman, she will be jeered, scolded, and punished for getting close enough to contaminate them.

Robe touched. Healed instantly. Called out to come forward. Fearful terror constricts but she replies, and Jesus uses a word that only appears here once.

“Daughter…” he said intimately, and he heals her, commending her courageous faith, and publicly pronouncing her healed and clean. Restored to community, she had first been restored to the God who made her, loves her, and delights in her.

If you are not receiving my post by email, welcome. Simply enter your email address in the box under my bio at the top right of the page. Don’t miss an article and be part of any special invitations too.