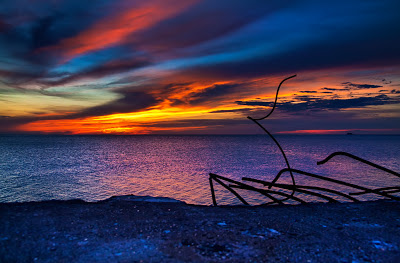 In the Mornings After…

Mary’s night had stretched long. Contractions crested and subsided with increasing regularity. Firelight flickered on rough-hewn rock walls and wooden stalls. Pain washed in waves, until wet heat whooshed from within her and the pressure lifted. A writhing baby- her baby!- reflected light against wet skin, lifted to be seen and placed gently in her arms. All else faded away as she snuggled him close, kissed his face, and stared into her engaged man’s eyes. Whimpering, her closed-eye newborn rooted hungrily for food, and then fell into happy rhythmic breathing.

A sudden commotion outside woke them. Voices, sheep bleating and a hard knock at their door erased further sleep. Cold air rushed into the cave, casting wavy shadows against the rock and inciting the animals to mew and bleat anew. Disheveled herdsmen strode into the stable, smelling of camp fires and the night. Seeing the baby’s swaddling cloths in the feed-trough sent them into hurried conversations amongst themselves. Turning to Mary and Joseph, their words tumbled and spilled. Stories of an angel, of thousands of angels, of lightning shows, and singing in multi-part harmony. News of international significance, of God coming as a baby.

In the afterglow of worship, sleep came easily. But as cold blue dawn cracked the horizon, what did partnering with God on a cosmic adventure look like in the morning light? In a dark stable, with the swollen afterbirth still laying on rusty blood-encrusted hay in the corner, partnering with God probably looked surprisingly mundane in the morning light.

She pulled her baby close, smiled up at her man, and felt her chest filling, surging, with heavy sustenance. Baring, opening herself, she gave, nourished, filled another. The post-labor contractions started again, smaller than yesterday, but painful enough to cause her toes to flex in purposed response.

Smiling and closing her eyes, she probably grabbed for His words, the promises her God had whispered to her in dreams and from angels. Words that spoke of who he was, and of what he was doing in the world. The great I am, God with us, Emmanuel. Humming in lilting Middle Eastern tones, she continued into quiet song. Worship can be done any time, any where.

What does partnering with God in cosmic adventures look like in the morning light? Grab his words, slide into song, and nourish the thirsty around you.