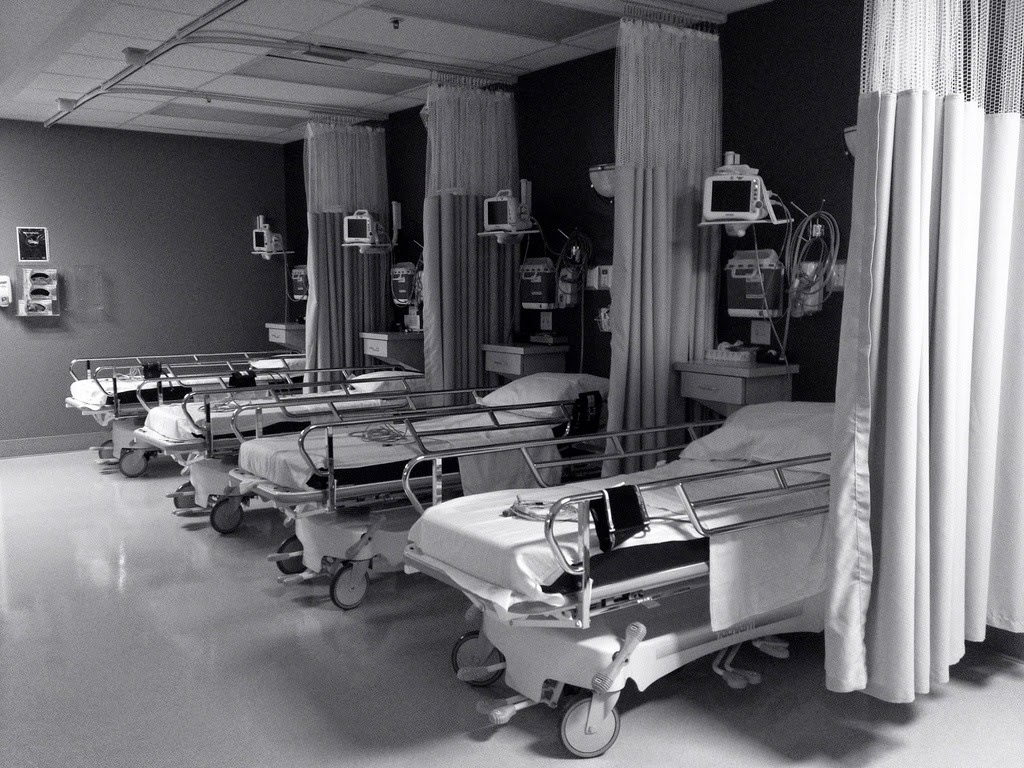 Where to Turn When Life Tumbles and Scrawls Red

It was the red crayon scribbled against his tiny head of summer blonde hair that got me.

I tried to make light of it. “Let’s color purple on Morgan’s head when we get home,” I grinned conspiratorially to my five year old son, winking at him.

Red crayon marked in detailed measurements where the brain wave imaging scanners would be placed. Glenn, the electrode-attaching technician at the epilepsy center, picked up another long wire, detangling it from the rest, and affixed it with clear glue to my son’s head.

“See this?” he asked Daniel, “This is gecko tape, made just like gecko toes, to stick to things without pulling hair afterwards.” He laid a piece of light blue tape on the back of my son’s hand, and spread its pair across an electrode.

Soon twenty-five wires rose spider-webbed and -orbed from my son’s head. Daniel clutched a small brown bear, looking tiny on a long white hospital bed. His blue and black sweatshirt was a soothing blanket about his chest. I adjusted a pillow and lay down beside him for the hour-long test. Lights flashed, blinked, and strobed into his face. Soon, the lights went off, and he could curl up carefully and try to sleep.

“It is actually perfect if he falls asleep,” Glenn said, tapping keys into his computer and telling me about his son, daughter, and this career. I listened, responded, and then we fell into silence as I snuggled up against my tiny young son. The medical technician watched the screen capture brain waves in irregular waves and frequencies, and I stared at my son’s chest, rising in short breaths. Daniel slept, and my eyes caressed his cheek, his long eye lashes, and his pointed lips.

The seizure this Tuesday morning took us by surprise. Nothing like that had ever happened to him or us before, and I raced down the steps after him. He lay crumpled on the ground face-down, until I turned him over. Glassy-eyed and lock-jawed, with stiff arms, he stared past me eerily, and I called for help. Later as he came out of it, our chests grew tight as we searched the internet for similar symptoms, and called his doctor.

On the way to the EEG, Daniel and I talked alone in the car. He was examining the dry body of a dead bee we had found, as it tipped and slid across a random dirty plate we found on the car floor. We examined the fuzzy yellow and black body, while I warned him to steer clear of the stinger, and we talked about what a cool Creator our God is.

“Mom, why did God make bees to have stingers?” he asked as the freeway sped by.

“You know, bees only need stingers to defend themselves and their home,” I mused aloud. “I bet when God first made them, they didn’t need to have stingers. There wasn’t any death or sickness or sad things then. The bees didn’t need to defend themselves or their homes. It was only later, when Adam and Eve were tricked by the evil one, ate from that one tree, and brought sin into the world that things changed. I bet bees got their stingers after that,” I said.

Daniel smiled and sighed happily. “I love God!” he exclaimed. We talked about how cool heaven is going to be one day, and the great thing that God loves us so much, and is right here with us.

“And you know what? God has cool plans for you to do while you’re here,” I stated.

The highway coiled around a castle-like cathedral, leaned against some museums and parking ramps, before pulling docilely into a pay lot. I pushed a button, grabbed my ticket, and we drove in.

That night friends and family called, and one or two set up meals. Our family of five hugged each other close, unwrapped ominous-looking bulky new medicines, and read instructions with tight-chests. Throughout that night and the next day, (and as we now await Friday’s MRI), our Creator whispered a song in my head, ancient lyrics that spoke calm into my fearful mind.

And the Creator of the bumble-bee has plans for my wee summer blonde one, and for us, and for you, my friend. His heart can be trusted.