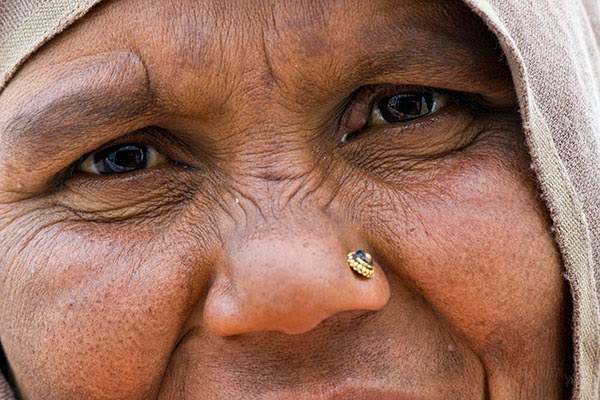 What Every Comparing-Prone Woman Needs to Know

I can see it now. The twelve men hunkered down around a small Middle Eastern table, knees brushing up against each other, carefully trying to edge their muddy feet away from the clothing around them.

Similar to Mardi Gras or the Super Bowl, the city was flooded with people in for the big event of the Passover. Rented rooms, hotels, and banquet halls were going fast, and this leased room didn’t appear to have come with a hostess.

With no one there to handout the typical Hospitality Welcome package of a wet towel to clean up from the day’s travels, each man had strode in, stood awkwardly by the door for a moment, and then crouched down at the table. Even the marvels of Roman engineering couldn’t halt the dust and mud that accumulated after just minutes of treading on the busy roads outside.

Striving to look nonchalant, the twelve men skipped the traditional step of washing off the day’s dirt, and stooped low to eat. Scooping fragrant garlic hummus and eggplant mousaka into folds of brown pita bread, they laughed and ate, pausing to pop oiled olives into their mouths.

Mid-meal, their teacher stopped eating, brushed some crumbs from his face, and stood up.

Jesus knew that the Father had put all things under his power and that he had come from God and was returning to God, so he got up from the meal, took off his outer clothing and wrapped a towel around his waist. After that he poured water into a basin and began to wash his disciples’ feet, drying them with the towel that was around his waist. (John 13:3-5)

In my day to day life, when I remember who I am in Jesus and what my purpose in life is, I am freed to humbly serve others. When I remember who God says I am, I don’t need to be threatened by others’ successes or failures, nor do I need to compare myself, worrying that I am falling short.

Knowing who we are in God’s eyes and why we are here, we can then pause and love others in humble joy. And our true audience? He’s watching and smiling.