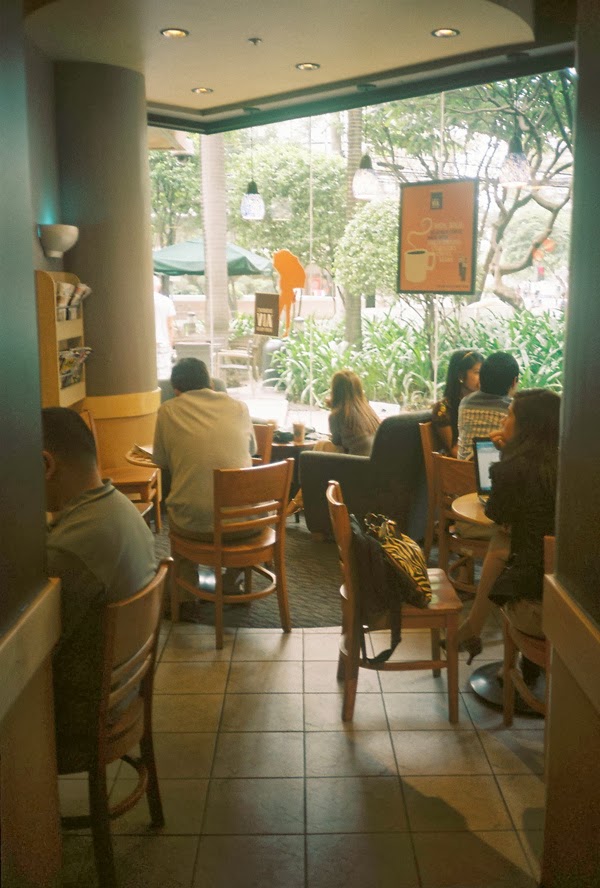 It’s the tiny clues that hit my subconscious. Triggers of another plotline weaving briefly through mine.

A dark-haired man drives his car around a curve and, in the sixty seconds I see him, he’s banging both hands on the steering wheel, and bouncing his body against the seat. Is he angry? Upset? Or dancing vehemently to his favorite song? Snowbanks and buildings hide him from sight.

Two therapists confer beside me about a nameless female client who is battling substance abuse. They role-play questions that will prompt further disclosure, and the older therapist passes on advice to the younger one.

“Has she hit on you yet?” he asks, sipping coffee from a white mug.

“…No? Good, good, that means you’re projecting the right…” and the conversation flows on beside me.

Bobbed blonde and brunette nurses behind me share resources for dementia and scannable online time cards.

“Jerry Fisher” swipes a black ipad at the table beside me and leaves a phone message with his name and number. The world suddenly seems so public and open.

Male teen swishes boy bangs to the side, shifting binders and books more securely into his arm as he crosses the street, talking to brunette girl beside him.

Black shirted Native American art pairs with green and brown camo pants. A three-day beard contours up an angular masculine face, topped by a black fleece hat. He strides into view, then disappears.

Redhead in violet jacket unfolds bulging manilla folders from a stroke association fabric bag. “May I sit here?” she asks Jerry Fisher, still on the phone. Surprised, he nods silent assent and taps the table. “Rachel” on the coffee-cup studies her notes and starts leaving her own phone messages, while Jerry gives his phone number to invisible answering machines.

And then, just like that, silver Sentras, grey Corollas, and red Ford Focuses pull away, and the stories stream away, trailing in the distance.

Your story and mine? The Writer knows them too, and is weaving those plot lines.

(Thankful for a story-writing God.)