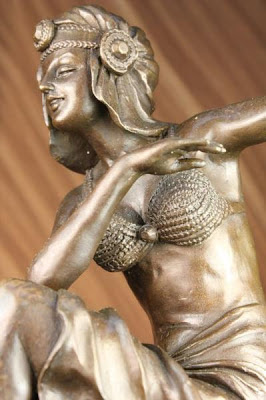 The words came together in a way I had never seen before. In between the sentences and the miracles, a quiet storyline unfolded before me.

Some miles away, followers of John the Baptist spilled the news to Jesus about his cousin’s death. “When Jesus heard what had happened, he withdrew by boat privately to a solitary place.”

We expect a time of grieving, a chance to be still and mourn. Instead, “Hearing of this, the crowds followed him on foot from the towns.”

“When Jesus landed and saw a large crowd, he had compassion on them and healed their sick. As evening approached…”

I love this. A man in the throes of grief himself still senses others’ pain. Then, instead of hurrying away, he stops, spends hours with them, listening, hearing the deeper issues, and healing their sicknesses and wounds.

“As evening approached…,” we come face to face with one of his familiar miracles. And we encounter a logical polite retreat option for Jesus. “Well, it’s late,” his disciples subtly hint to him,suggesting he send the people home. This could have been his out, on a day of grief and weariness for him. No one would have faulted him.

“They do not need to go away. You give them something to eat,” Jesus replies instead, starting the miracle account. Bringing the small loaves and fish that had been recovered, Jesus looked up at heaven, smiled at his Father, thanking him for food and life, and broke the bread.

Everyone ate and was satiated. Men, women, and children received what they needed from him. One of Jesus’ largest miracles took place in a day of grief and weariness, when he was trying to get away to solitude.

As the leftovers were being picked up and placed into baskets, Jesus “immediately made the disciples get into the boat and go on ahead of him to the other side, while he dismissed the crowd. After he had dismissed them, he went up on a mountainside by himself to pray alone…”

I love that Jesus’ miracles and compassion happened here on a day of weariness and grief, when Jesus was really just needing some time away. In his grief though, he saw their needs, was filled with compassion, and invested in them for several hours. Then, when everyone was healed and full, he said goodbye, walked up the mountainside, and continued his conversation with the Father.

As moms, dads, friends, grandparents, or people in ministry, this encourages and teaches me. Lord, make me like you, to see other people’s needs, regardless of my own energy levels that day, and to have compassion, moved into action. And the truly exciting thing? We have that same Holy Spirit in us, moving and empowering us to love like Jesus did.

Then afterwards, slipping away, we can continue our conversations. “Where were we, God?”

Linking with Emily at Imperfect Prose.