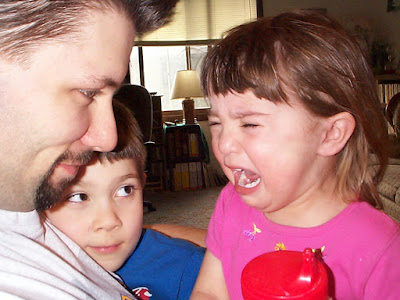 There were days when I wasn't sure of it myself: this brave notion we were telling them.

"It's true," I had insisted. "Friends may come and go, but family is always there. Brothers and sisters can be really close friends."

They had stood there scowling. He was mad that she had crumbled his Lego creations by mistake, and she was hurt that he had laughed at her.

"MOM! Morgan is bugging me. Tell her to go away."

The battles raged. Pink tutu-ed Morgan had stomped her foot, sticking out a hip with all the attitude a skinny six-year old can muster, and John had rolled his brown eyes in droll ten-year old nonchalance.

Once, in a story that has become legend at our house, Morgan had thrown her tiny five-year old arms backwards, lowered her head in charging rhino-fashion, and barrelled across the room to tackle her big brother. Snaking out a long arm, John had held her off with laughing glee.

I had felt my patience slipping down to hide among the Legos on the floor.

"Hey, you guys can being really close friends someday, but we've got to work on this now..." my voice had trailed off. Mediation took time, and each person had wanted to explain their side.

Besides lots of prayer, and this repeated refrain of someday you can be really close friends, there is one other thing I'm so glad we got into the habit of doing as a family. And it started unexpectedly as newlywed marriage advice.

"No matter how mad you are right now, tell me five things you like about him," my newly-married friends and I would badger each other in those early years. Sputtering and sighing, my female friends and I would hem and haw, before softening and speaking aloud several things we loved about our men.

Overwhelmed one day during a sibling battle between my two children, surrounded by Lego blocks, stuffed animal bears, and Barbies in various stages of disrobing, I had tried it on my kids.

Their eyes had flashed fiercely at me, their eyebrows declaring to the neighborhood the ridiculousness of my notion. Stuck, though, they had paused, grumbled for a moment, and then quietly reflected.

"Morgan, I like how you..." John's voice had been gruff but soft, and I had watched Morgan's shoulders relax as her brother had spoken aloud the good he saw in her. She had followed, in a small high-pitched voice. "John, I like..." and I had seen the anger melt from my son.

They flounced away to their separate rooms that day, still slightly angry, but the bluster had faded. I had thanked God, prayed hard for them, and looked forward to the days ahead. 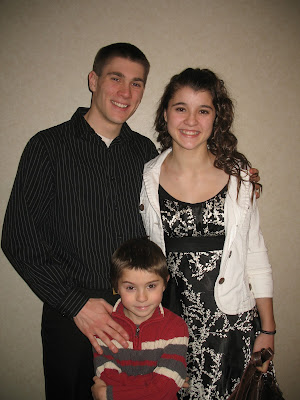 And now eleven years later, I am so proud of them. John is a towering twenty-year old, and Morgan is a willowy sixteen years old. Purposefully looking for ways to connect with each other, they head out for ice cream some afternoons, play computer games together, and stay up late into the night laughing and talking. They are close friends, dear to each others' heart, and thankful for the other person's input into their lives, friends, and heart issues.

We still sometimes hear angry roars downstairs, but they are short-lived. John and Morgan know how to apologize and how to work for reconciliation. And that truth? We're convinced of it, and I thank my God for how he can weave friendship between siblings. 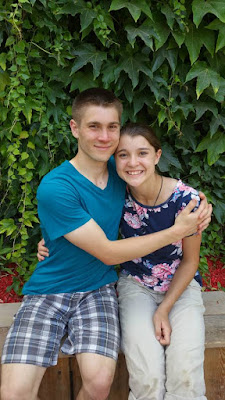 I wish I could remember who to thank for the idea of having kids do that too.

If you are not receiving my posts by email, feel free to simply enter your email address in the box at the top right of the page. Don't miss an article!

Posted by Jennifer Dougan at 9:12 PM

Wow. What a beautiful post, Jennifer. What wisdom to defuse a situation and see the seeds planted for reconciliation through our Father and His wisdom. That's love. Not always perfect on this earth, but beautiful in the striving. How blessed your family and you are. Not by chance...

I agree with Floyd's assessment. I wish my girls were closer. Tami, our oldest, wish they were closer. But our youngest has always been somewhat aloof but will also cry when she thinks something is bad. Being married has magnified that. Tami wants close; Janna wants distance. But Tami would be there in a heartbeat for her sister. Maybe some day...

Your line "but beautiful in the striving" -- yes, I agree. That's what brings hope and beauty, huh?

Thanks for stopping in.

It's hard, I imagine, for Tami, wanting that closeness but not feeling it as reciprocated. May they become closer in the next few years, and may it be a mutual desire and need.

Jennifer, I do not know how in the world my 2 sisters and I would have been able to handle the loss of one of our husbands without one another.