The Walking Dead and You and Me 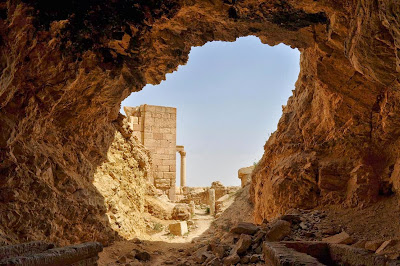 Tangy sweet and sour sauce simmers and floats fragrant on the air. Mark is making supper tonight as I catch up on emails and computer work. Five-year old Daniel battles plastic robots behind me while picking up tan chess pieces. Morgan tiptoes up for snacks before being shooed away with the reassurance that supper will be done shortly. A golden sun sinks low on the horizon to my right, illuminating a banana palm's tiny branches and multiple cobwebs on the stand beside me.

My suitcase and backpack slump in a corner, still packed from this weekend's second women's retreat. Since yesterday afternoon, I have been enjoying family after my four-day absence and telling stories of God's goodness.

In my Bible today, I read the story of a man who lived in the tombs. Like a scene from the Walking Dead or any horror film, this desperate man with demonic strength, harmed himself and others so much that the townspeople banished him outside the city. Living in caves where the dead were buried, he screamed, moaned, and cut himself.

When Jesus arrived in the area, the evil spirits in this broken man recognized the Creator of the world instantly. "What do you want with us?" they spewed, cowering and pleading. Authoritatively and fueled by compassion, Jesus ordered the demons out of the man. They left dramatically.

When the townspeople heard what had happened, they rushed up the hill to see. Before them was the familiar ghoulish man they were used to seeing, except that now he stood there, sober, in his right mind, and cleanly dressed. The difference was dramatic and obvious.

Despite this wild miracle, though, the townspeople were afraid of Jesus and urged him to leave town. Politely, Jesus complied. As Jesus was leaving, the formerly demon-possessed man chased after him. "Take me with you," he asked.

"Go home to your family," Jesus replied, "and tell them how much the Lord has done for you, and how he has had mercy on you."

For some of us, we have family and friends who aren't interested in interacting with the God of the Universe yet. But they are watching us, watching you. You and I, we get to show the difference that Jesus has made in our lives.

Pray that God would change us daily, making us look more and more like him. Then, we are to "Go home and tell them how much the Lord has done for you and how he has had mercy on you."

The townspeople had the Creator of the Universe in their town, on their farmland. They weren't interested in him or his message.

But when the broken, messed up man from the tombs walked back into town and started talking, it grabbed everyone's attention. Even people from the ten nearby cities were riveted. And the result? "All the people were amazed."

Posted by Jennifer Dougan at 7:19 PM

We're all like that man in smaller ways. We should be telling and showing the world what our Savior has done for us. Hope the second retreat was a success as well.

Thanks, Floyd. It went wonderfully! Thanks to God.

There are so many "walking dead" amongst us. Oh that they could see the love and compassion of Jesus through me so they could be born again. Thanks for reminding me how important it is to walk in the way of Jesus.

Yes. I'm doing a Gideon study and one of the main points from this week is that people are watching us. Those in our family, neighbors, friends, all of them. It was a good reminder to continually let God shine through me.

Two retreats sound wonderful!! Hope you had a great time!

This reminds me, Jennifer, of Acts 4:13b - "they took note that these men had been with Jesus." Hopefully, when people see us, they too will notice that we have been with Jesus. May it be so, Lord!

I'm Cheryl, praying those around me will take note I have been with Jesus. This thought gives me a responsibility to get into the Word, pray for wisdom, strength in hard times. Also the courage to speak for Him whenever and where ever. Good post Jennifer

Yes, I see "walking dead" in people around me, but I'm so often reminded that I qualify as the walking dead actually-- saved from my own trapped brokenness, powerless to change it on my own. Now I've got to tell everyone how he has worked in me, just like the man in the story.

Who is the author of the Gideon study? Are you enjoying it and finding it well done? I always like hearing ideas for other studies.

Speaking at those retreats was a treat and an honor. I was glad to be part of it.

Have a great week.

May that be true of me and you as well,
Jennifer Dougan
www.jenniferdougane.com

That responsibility is so true. And then praying for that courage too. Thanks, Betty.