How to Save a Girl Over Breakfast 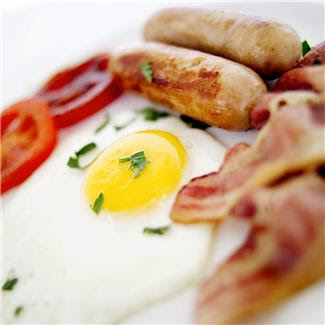 Eight hundred forks and knives clank ceramic plates in attempted quiet. Over scrambled eggs and pastries we meet police detectives, city council members, and prostitutes who were trafficked as minors.

We hear stories from

Breaking Free is but one organization fighting to rescue women and children from coerced sexual slavery. Breaking Free is run by women who have escaped and survived “the life,” and they are passionate about helping other women and children have a way out. Unique in that they offer transitional and permanent housing during their programs (that include counseling and job skills), Breaking Free is in high demand throughout the nation, often getting calls from New York to California asking for room in their program.

The FBI lists Minnesota as one of thirteen states that has a high recruitment of minors, and Minneapolis-St. Paul is listed in the top ten American cities for human trafficking. The average age of entry for prostitution is between 12-14 years old.

While Minnesota is just my state, human trafficking and the sex trade is rampant, and growing at a ferocious rate. Find your state and other info here.

To read more, see Calls in the Dark and and the exciting, hopeful story in Cookies, Milk Shakes and Hero Truck Drivers and a super easy way to help today!

For an easy way to help right now, and on the Thanksgiving drive to Grandma’s house, see Turkey Travelers: Heroes in Disguise and click print when prompted!

Join me, friend, in fighting this. There are so many easy ways to rescue women and children. Learn more. What have you heard about human trafficking in your area?

Linking with Emily and Shanda.
Posted by Jennifer Dougan at 11:35 AM

Unbelieveable...but, I know it's true. Thank you for what you are doing.

oh friend, thank you for sharing these women's stories. it's heartbreaking. sharing on twitter.

Oh Suzanne, I agree. Thanks for stopping by, for reading, for caring for these girls with me.

Emily, I agree. I wiped tears, stood to applaud, and was amazed by the resiliency of the women whose stories I heard. Thanks for tweeting this.

Jennifer, I talked with a girl who works for them when I went to Minnesota a couple of months ago for a conference. It's eye opening. Thank you for sharing more sister, so God can use us however He chooses to lead others to Him. HAPPY THANKSGIVING eve. I'm thankful for you! ~ Blessings from Maine, Amy

I would never have guessed that Minnesota would be a problem area for this. I haven't heard much about it in our area, but it's probably here. So sad...

Jennifer this kind of ministry needs a wise women like you. It calls for discernment and a firm understand of the Word of God. Their stories are so heartbreaking. The church we are attending in Ca. is involved with this ministry. I have been thining about offering myself to help in any way I can. Take courage my sister as you work with these girls, you have the best to offer them, Jesus. Blessings

Bless you and all who are in this cause as you go about saving and breaking them free from bondage, Jen.

May God's hand move among you in this noble ministry.

Missed you a lot.

Hi Jennifer, I haven't seen you on here for a while. I hope you're well sister. ~ Love out, Amy