Explaining Easter to a Preschool Warrior 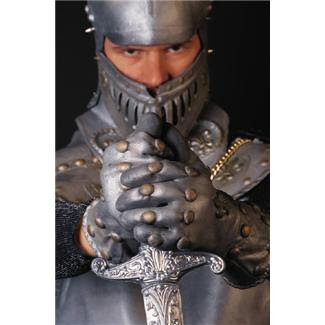 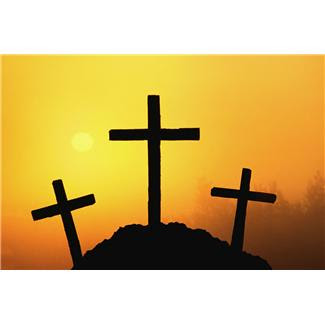 Bringing up topics of pain, torture and death to three year olds is hard. Splashed across the pages of my son’s children’s Bible are scenes of Jesus being whipped and hung on a cross.
Before that page, though, are the ones that most grab his attention. Jesus is pictured, surrounded by a ring of soldiers bristling with spears and swords. Next Jesus was captured and led away, hands tied behind his back.
“Mom, what’s this?” asked my son.
To my wee warrior, life is black and white. There are good guys and bad guys. Daniel tackles the world with swords, courage and chivalry. His rubber scraper or plastic spatula swords are never far from him, often shoved down the side of his pants for easy access. Whipping them out at a moment’s notice, he crouches into a warrior stance. “I save you, Mom,” he says often. “Me and Jesus fight bad guys.”
But this Jesus he has been hearing about is big and strong, a warrior. “My God is so big, so strong and so mighty, there’s nothing my God cannot do,” we croon in his ears in the dark after nightmares.
So my son stared in surprise at an illustration of Jesus being surrounded by soldiers and then captured. Could his Warrior be beat?
Scooping Daniel up, I carried him to the couch and we cuddled together with his Bible.
“Ooh, this is a good true story. So… Jesus has lots of power, right? He and his friends helped people. They fixed hurt legs, and healed eyes that didn’t work, right? Remember that? And remember that one time he was on the boat with his friends and a huge storm was dangerous around the boat? Remember how Jesus stood up and said, “Shhh, wind, be quiet. Storm, stop.” And it did! His friends were so amazed. “Even the wind and waves listen to him!” they said. “Wow!”
“Here,” I continued, looking at the illustration of Jesus praying in the garden. “Here, Jesus knows that something hard is going to happen soon. He is talking to God. An angel comes and gives him strength.” 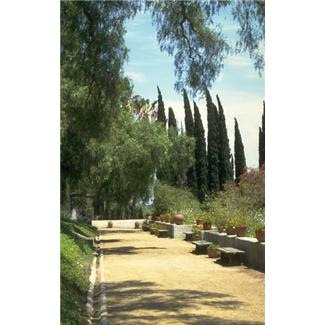 Turning the page we saw Judas race into the garden bringing the soldiers behind him and leaving a traitorous kiss on Jesus’s cheek. “Here, this guy was mean. He pretended to give Jesus a kiss, but really he was telling the bad guys, ‘This is Jesus. Get him.’”
“Now, Jesus could have stopped these guys—psssht! Like that!” (flicking my hand). “He had power and was super strong. But Jesus had a secret plan.”
“His friends were scared and pulled out their swords.” Daniel listened avidly, understanding swords. “Peter cut off a soldier’s ear, but Jesus said, ‘No, no swords right now’ and he picked up the cut ear and fixed it back on the man’s head! Jesus could have stopped them, but he had a secret plan and he let them get him.”
We looked through the pages of Jesus’s fake trial, his friend Peter’s fear and the rooster, and the whipping. “Wow, he loved us so much to do this for us, huh?”
The cross scene is read quietly and then more excitedly as the wild details unfold. “Did you know that even though it was daytime – like around lunch time—the sky got super dark like nighttime?! Wow! And there was an earthquake shaking the ground and people were scared.” (I save the fact that many graves opened up and formerly dead people awoke and lived again, walking through the city.)
“The soldiers standing nearby Jesus said, ‘Wow, maybe this really was God!’"
We talked about the thieves on either side of Jesus, and we ruminated again on how much Jesus loves us that he would go through this pain for us. “Wow, he really loves you and me, huh?”
The secret plan had silence and waiting. His friends were afraid. They didn’t understand the secret plan.
Then Daniel and I flipped to the resurrection page of his illustrated Bible. “Guess what?! Jesus is alive!” I yelled. “He rolled away this heavy rock, and he had angels there to tell people, ‘Guess what? Jesus is alive! It was his secret plan to beat the bad guys!’”
“Jesus let them get him, and kill him, but he had a secret plan. He knew that he would come alive again in a few days and win—beating them! Jesus is alive and strong!”
Daniel and I danced around the living room for a little bit. My wee warrior was excited and happy.
“Me and Jesus fight bad guys."
"Yes, you and Jesus fight bad guys. But you know what? Jesus also likes to tell bad guys, ‘Hey, stop being a bad guy. Be nice. Say sorry.’ And they often do it. Jesus loves them, even the bad guys.”
“Yeah,” Daniel agreed, jumping around. “Me like Jesus.”
Posted by Jennifer Dougan at 11:10 AM

I just got back from Lifeway books store. I just love those resurrection eggs. Such a great way to explain the Easter story.

Jennifer,
I loved this so much. If only I could come to Him with faith like a child today? He is helping me, this little warrior princess learn how to do that! Thank you so much for sharing girl! -Blessings, Amy

I loved your post. I remember reading this story to my children but I'm not sure I did it that well. I love you guys. God bless you all.

Yes, those Easter egg story starters are great. I like the resurrection cookies and rolls too.Have a great weekend with your kids.

Thank you. How is your writing and publishing process going?