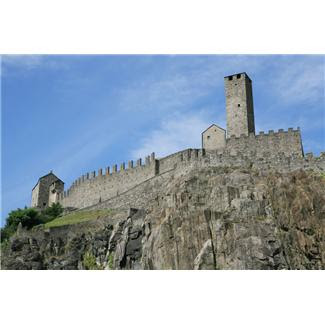 The king ran out of his palace, racing through the ancient city. Already his people looked demoralized and afraid. Violent skirmishes and battle losses were everyday news now. All of his kingdom's cities had been taken except this last city --his city, Jerusalem. The Assyrians had stopped their armies 30 miles away and were employing their best preemptive strikes: propaganda and fear.

Like dropping parachutes of bad information into the camps, the enemy Assyrians stood outside the city walls, speaking loudly in a language that could be understood by the king's own people. "You can't defeat us. No one has. We will besiege you. Famine will come to your land. Your people will be forced to eat and drink the unimaginable just to survive. You can't beat us. Give up. Your god can't save you. No other gods could either."

King Hezekiah amazes me by what he does here. He grabbed the threatening letter he had received from the enemy army commander, and raced out of the palace, through the city -- a city bristling with soldiers and siege-preparations, and scattered with fearful-eyed civilians -- to the Jewish temple. Striding into this house of worship, he spread the letter out before his God, and prayed. This was a tangible act that required effort on his part. He didn't just stay in his throne room. Compelled by despair and strong emotion, he ran to the heart of God, spread the paper list of needs out before him and cried out to him.

The prayer that follows excites me. First King Hezekiah breaks out into huge worshipful prayer, listing the large awe-inspiring things of God. "O Lord Almighty, God of Israel, enthroned above the cherubim, you alone are God, over all the the kingdoms of the earth. You have made heaven and earth."

Isn't this where we need to go when life looks desperate, when things look hard and the obstacles overwhelming? Run to the Creator of the Universe, the one who sits enthroned on the rim of the earth, who made the sun and moon, who knows the stars by name and calls them out each night.

Then the desperate king pours out his petition. "Give ear, O Lord, and hear; open your eyes, O Lord, and see; listen to all the words Sennacharib (the enemy king) has sent to insult the Living God."


"It is true, Lord," the king continues... "It is true that the Assyrian kings have laid waste all these peoples and their lands.." I love that when we are on our faces before God, with the tangibles written out on paper that lays between us, that we can honestly list the obstacles. It is true, Lord, that ...

--This section of Isaiah 37 has been on my mind several times this week. It captured my attention at the beginning of this week when I felt a huge need to pray for relatives of mine who don't know Jesus and who seem to be walking further from him. Scrawling their names on paper beneath a railing quote, I spread the paper out before my God, crying out to him throughout the day. "It is true, Lord, that their hearts seem far from you and that they seem closed off to you."

Yesterday and today that Isaiah 37 passage comes to mind for other reasons. I love that I can honestly tell God, "It is true.." and then list the obstacles that at times seem insurmountable.

So King Hezekiah in ancient Jerusalem raced across the city, tangibly spread his letter out before God, burst into praise about the bigness of God, asked God to hear, see, listen, and then Hezekiah listed the staggering truths about the situation. It seemed dire. All could be lost, should be lost, except for one thing-- one ace in the hole. Hezekiah's God was not like the other gods who had been destroyed. "...They were not gods but only wood and stone fashioned by human hands," Hezekiah prayed. "Now, O Lord our God, deliver us from his hand, so that all kingdoms on earth shall know that you alone are God!" Now, O God...

What do you need to write across your paper today? Etch onto that sheet whatever seems hard and insurmountable. List "It is true..."  Then, make the effort to get alone into God's presence, away from distractions and others. Lay your letter out before Him, step back to see how huge and amazing our God is, shout those things aloud to him in love, worship and faltering trust. End with the desire to have God's truth and presence be glorified huge in your life for His sake, for His name and renown.

Then wait, with the praises still ringing on your lips, still echoing in the room; wait.
Posted by Jennifer Dougan at 1:28 PM

All I can say to this - wonderful timing, and W o w. Strikes just where it's needed at this point in time. We all have our lists, don't we!?

Thanks, Rachel. Me too. Together we can run to his temple and lay out the letters!

he ran to the heart of God... a beautiful reminder, jennifer. thank you friend.

What a great example from Hezekiah's life for us to emulate. Thanks for sharing, Jennifer!

elaine @ peace for the journey said...

Laying it all out before the Lord in his holy place, our holy space! This is a perfect soul-stirring for the deepest needs of my heart this week. Thank you for reminding me where to take my concerns.